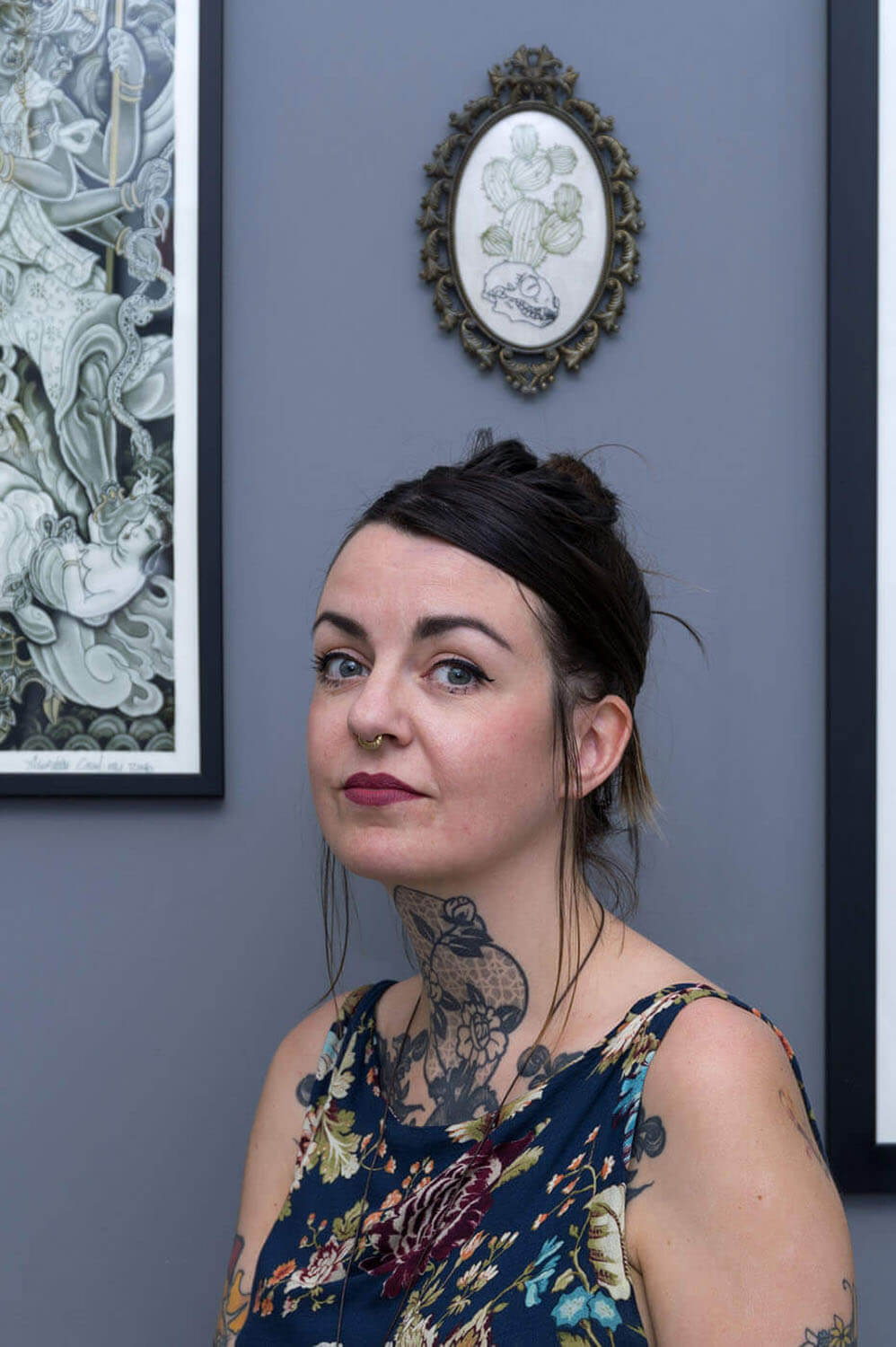 After studying fine arts and comics, she moved to London for 10 years where she rounded out her skills by taking on Wine and Cheese Tasting, which became a passion that stayed with her even after leaving that type of work. After years of apprenticeship, she started tattooing in a London studio where she fine-tuned her artistic technique using the drawing skills she developed during college. After doing several guest spots at Vertigo, she decided to return to Trentino permanently and work as a resident artist with us. She specializes in the neo-traditional style and loves doing tattoos of all kinds of animals. She loves conviviality, white wine, and feeling close to nature.